Begin at the End

Ken Thomson exemplifies a new generation of composers tasked with picking up the pieces of music history.

In many ways, Western music was pushed to its very limits in the 20th century. Classical composers sought out new sounds and extended techniques, questioned the boundaries of form, and made music from all manner of found sounds and nontraditional instruments. In jazz, composers explored unprecedented rhythmic and harmonic complexity, incorporated musical influences and instruments from around the world, and took improvisation to new heights. And as the century progressed, the boundaries between the two musical worlds grew increasing obsolete.

The mottled pieces of that vast musical history gave rise to a 21st-century dissolution of genre—a new generation of composers whose music defies categorization.

Ken Thomson is among them. The clarinetist and saxophonist plays in five New York ensembles ranging from avant-jazz to experimental chamber music, and beyond his chaotic performance schedule he’s also an accomplished composer and bandleader.

Equally versed in classical and jazz worlds, Thomson has spent much of his career exploring the spaces between and beyond them. These days you’ll probably never hear him play a jazz standard—and a Brahms sonata or a Schumann fantasy are equally unlikely. He prefers music that dances along the elusive edges of genre. He writes and performs his own original works in the horn-driven jazz ensembles Sextet and Slow/Fast; serves as the music director and one of three saxophonists in the radical street band Asphalt Orchestra; plays clarinet in the amplified chamber ensemble the Bang on a Can All-Stars, and is also one-fourth of the punk-jazz collective Gutbucket.

His music may occupy a specialized niche, but it has a universal audience. In the past year alone his expansive tour schedule has taken him from Australia to Argentina, Mexico, Russia, and all across Europe and the United States. The concert venues are equally varied: everything from heralded jazz clubs to former cookie factories, literal underground venues with unmarked doors to historic concert halls like Teatro Colón and Carnegie Hall.

It’s a genre-bending, globe-spanning career that he couldn’t have imagined when he first picked up the clarinet at the age of ten, growing up in the suburbs of New York.

“I studied classical clarinet for years, and to some degree, for many of those years I think I never really expected to be a musician,” Thomson says. His parents had a classical record collection, and he felt drawn to the sound of the clarinet early on. He went on to study the instrument at Columbia University, but always felt limited by the canonical confines of the classical tradition, where perfect performances and “correct” musical interpretations are often valued above individual creativity.

“The thing about playing older classical music is that there’s this huge lineage of how you’re expected to play these pieces, and you don’t always get to put your own stamp on them until you get to a very high level,” he says. “That was always a conflict for me, that I really loved this music but I was having a lot of trouble finding where my place was in it.”

He found more creative freedom in the realm of jazz. He picked up the saxophone at the age of 14 in his high school jazz band, never taking a formal lesson. When he graduated from college, he beganchanneling that creative energy into Gutbucket, a four-piece band specializing in its own wild, grimy, high-energy brand of experimental jazz.

“‘Gutbucket’ was a term that existed in the early days of jazz,” he says. “During Prohibition there were all these undercover places that were serving alcohol illegally—and the music there was wild and jazz-based and blues-based, but much more dirty and snarky. When they were distilling alcohol in the back room somewhere, the gutbucket was the extra bucket that caught all the spillage—and so the music that was played there became known as gutbucket music.”

While Gutbucket began playing weekly shows at New York’s Knitting Factory and touring on the jazz circuit, Thomson also started stretching his compositional muscles as part of a young composer-performer collective called Anti-Social Music. For his day job he worked at Bang on a Can, an experimental music collective founded in 1987 by New York new-music legends David Lang, Michael Gordon, and Julia Wolfe. Thomson played a key role in launching Cantaloupe Music, Bang on a Can’s record label for contemporary classical and experimental music that was, in the words of Gordon, “too funky for the academy.”

Cantaloupe Music released two of Gutbucket’s early albums, the restless and relentless Dry Humping the American Dream and the kaleidoscopic Sludge Test, which included the band’s dauntless adaptation of a movement from Olivier Messiaen’s Quartet for the End of Time (Messiaen wrote it while a prisoner of war in German captivity during World War II, and first performed the piece with his fellow prisoners).

It was also during Thomson’s time in the offices of Bang on a Can that he was introduced to performance opportunities with groups like the experimental chamber orchestra Alarm Will Sound and Sō Percussion. After he left the office, Bang on a Can tapped him to music direct their then new, virtuosic street band Asphalt Orchestra. In 2013 he became the resident clarinetist of the Bang on a Can All-Stars, the collective’s amplified chamber ensemble dedicated to performing boundary-bursting new works from today’s top composers. The group, which dates back to 1992, has a rich history of genre-defying collaborations with legends ranging from Steve Reich to Meredith Monk, Brian Eno, Don Byron, and beyond.

“I think the reason it made sense for me to be part of this group is that I have a history playing in horn sections in rock bands, I’ve done gigs in jazz festivals, I studied classical clarinet and played lots of chamber music,” he says. “In some ways having all those experiences together made me a good fit for this group in a way that I certainly wouldn’t have been right out of college.”

His musical origins in classical, contemporary, and jazz worlds also informed the music he began writing when he founded new ensembles like Slow/Fast (which debuted in 2010) and his more recent musical spinoff Sextet, which catapulted onto the scene with its self-titled debut album in 2018. Both ensembles (which share a few of the same members) perform Thomson’s original compositions, balancing through-composed jazz grooves and complex counterpoint against moments of blistering improvisation.

“I write more like a classical composer than a jazz composer,” he admits. “Jazz composers will often create a set of chords first and then write a melody over those chords. My process is definitely more horizontal than vertical, meaning that I’m writing melodic lines and counterpoint from left to right, and then I’m figuring out the chords and the improvisational parts.”

Thomson’s music is dense, exhilarating, and alive—the energy is visceral, and the interactions between voices are crafted with incredible nuance. While Slow/Fast explores theatrical, longer-form works with a more typical jazz band set-up of saxophone/bass clarinet, trumpet, guitar, bass, and drums, Sextet is unique in that it does not feature any chordal instruments at all. Instead, Sextet is comprised of horns and rhythm section, subverting traditional instrument roles and exploring new ways of creating texture, harmony, and structure. The debut album begins with Thomson’s own horn arrangement of György Ligeti’s melancholic Passacaglia Ungherese before spiraling through a collection of groove-driven compositions that float freely between the rigor of through-composed music and the spontaneity of improvisation.

Like all of Thomson’s music, it doesn’t fit cleanly into classical or jazz or any other single genre. Though it is in some ways informed by music of the past, it’s a unique language all its own.

“In the 20th century music kind of raced forward; in some ways maybe it went as far as it could go,” he says, noting the iconoclastic John Cage, whose infamous “silent piece” 4’33” pushed for new definitions of what music could be. “What I’m thinking about is people who are creating a personal, authentic statement based on all of the materials that we’ve all collected. That’s what I’m trying to do, and I hear that in the music that I love the most.”

About the Author / Maggie Molloy

Maggie Molloy is a music journalist, editor, and on-air host at Second Inversion, a radio station dedicated to contemporary classical and experimental music. She studied piano at Seattle University and computer-assisted composition at the IRCAM (Institut de Recherche et Coordination Acoustique/Musique) in Paris. Her work has been featured on New Sounds, Classical KING FM 98.1, and in City Arts Magazine. 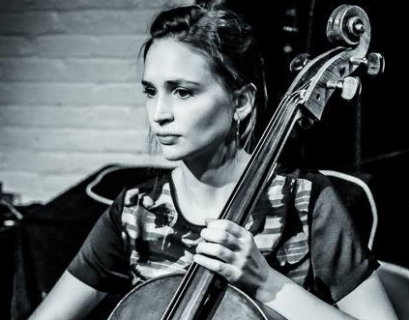