Written by Joe Hitchcock• • • Blogging Fellows, Trains in the Basement

What will a national COVID memorial look like? It’s a pressing question, not just because of the need for national remembrance, but also because we’re living in a time when public monuments are touchpapers for arguments over how we should think about history itself.

Many outlets have published articles on the subject, asking artists and architects how they would handle the commission if it were given to them. Most say that the best approach is an un-memorial, something that subverts the traditional elements of a statue. No heavy stone or poetic narrative, no single face or community to represent the universality of what happened. Nothing that tries to cover up real people and true opinions with national pride.

Two of the more interesting pitches I’ve read were commissioned for an article by The Atlantic. Refik Anadol Studio’s Memory Globe is a dynamic data-based installation, while Rael San Fratello’s 29CuCV-19 proposes 3D-printed personalizable talismans. In other countries, similar work is already underway: India launched a digital record book; London’s mayor Sadiq Khan opened a memorial garden of blossom trees, and Uruguay is building a walkable sculpture on the shore of its capital resembling a huge cosmic drain.

Despite controversies over statues, the US is home to some of the most affecting memorials of recent times. The AIDS Memorial Quilt was a collective expression that said more about grief and rage through literal softness than any display of hard-faced bravery. A lesson in peaceful dissent, when the Quilt was laid across the National Mall, around 1.2 million people traveled to view it. Maya Lin’s Vietnam Veterans Memorial is similarly honest but aesthetically opposite: an austere, abstract scar cut into the capital. It’s non-representational, and through that, able to absorb all the multiplicities and hypocrisies of the war.

However the national COVID memorial turns out, it will likely be non-representational too, and will no doubt display its own patchwork of stories. But it won’t be an easy task. What is the relevance of a memorial to a thing that didn’t happen in one place, that has no real end, that was very different for different people, and has been picked apart over thousands of media hours? As a population, we acknowledge that wars have no victors, revolutions don’t cause instant change, and viruses rarely vanish. We ask: a memorial of what, for whom?

Amanda Sachs-Mangold is an architect who worked for the firm Handel Architects during their design of the national 9/11 memorial commission. Led by Michael Arad and Peter Walker, the team behind Reflecting Absence conceived two enormous voids, each nearly an acre across, freezing time in the footprints of the North and South towers. When leaning over the barrier, the pits appear bottomless, and cannot be filled by the largest human-made waterfalls in America. They hold a snag, a loop, the towers continuously falling.

Engraved upon that barrier is Sachs-Mangold’s contribution to the project: the names of the victims of the attack, backlit, and spaced apart in a mysterious order the architects call meaningful adjacency. The placement of each person says something about their relationship to those around them—their colleagues from the same floor, their fellow passengers, their EMS crewmates—and beyond that, the people who meant the most to them within those cohorts. It’s a map of human relationships, applied to a roll call of the dead.

It was Sachs-Mangold’s task to arrange the 2,982 names. She told Malcolm Gladwell, who covered the memorial’s construction on his podcast, that she “spent two years…just trying to understand the relationships, trying to do these kinds of tests and see how it would work.” A kind of invisible jigsaw puzzle, the ultimate version of organizing a record collection or a bookshelf to reveal personality. In the end, she settled on distances that are both social and narrativized, telling the story of the person as well as what happened on the day.

Isn’t this the essence of a memorial? A pure arrangement of matter in such a way as to create, without speaking it, a supporting space—a memory, a field of meaning in which all a visitor is required to do is stand and feel. No flags or tall tales. An “eloquent place where the simple meeting of earth, sky, and remembered names contain messages for all,” as the jury responsible for choosing the winners of the veterans memorial competition said when they picked Maya Lin’s submission.

It seems right that a national COVID memorial should use these kinds of universal elements to encompass the diversity of victims of the virus. Whether the final work is digital, pocket-size, or as tall as the Washington Monument, it will need to be conceptually vast, built from those things that define us all: a role, a name, a place on the earth, and an ability to connect with other people—whether they’re standing before us or far off in the future, looking at a record of our lives.

Trains in the Basement is a series of essays on time-bending, self-isolating, mask-wearing artists and their designs for living.

About the Author / Joe Hitchcock

Joe Hitchcock is your friendly neighborhood internet writer. Read more of his work via @heyjoehitchcock. Hitchcock is a 2020-21 Critical Read Blogging Fellow. 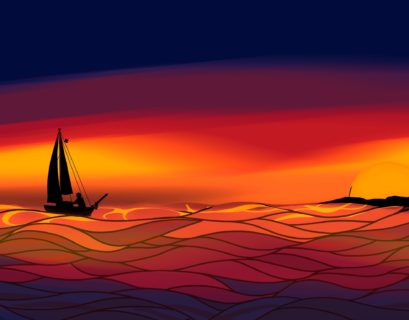 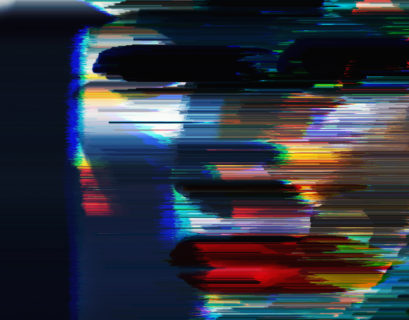 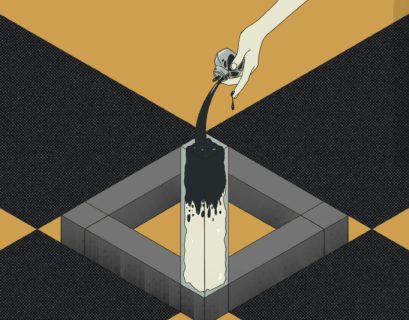 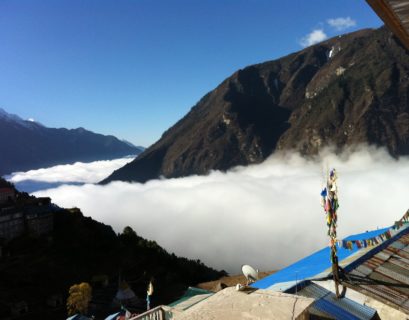 Allow yourself to look at a mandala and you just might achieve spiritual awareness.
Read More →